The Good Genes Genealogy team share maternal grandmothers. We benefited from tasty treats and meals from our Great-Grandmother Edna Wilkes Robinson, and equally great dinners and gatherings at the home of her daughter, our Grandmother Helen Wilkes Owen Douthy. 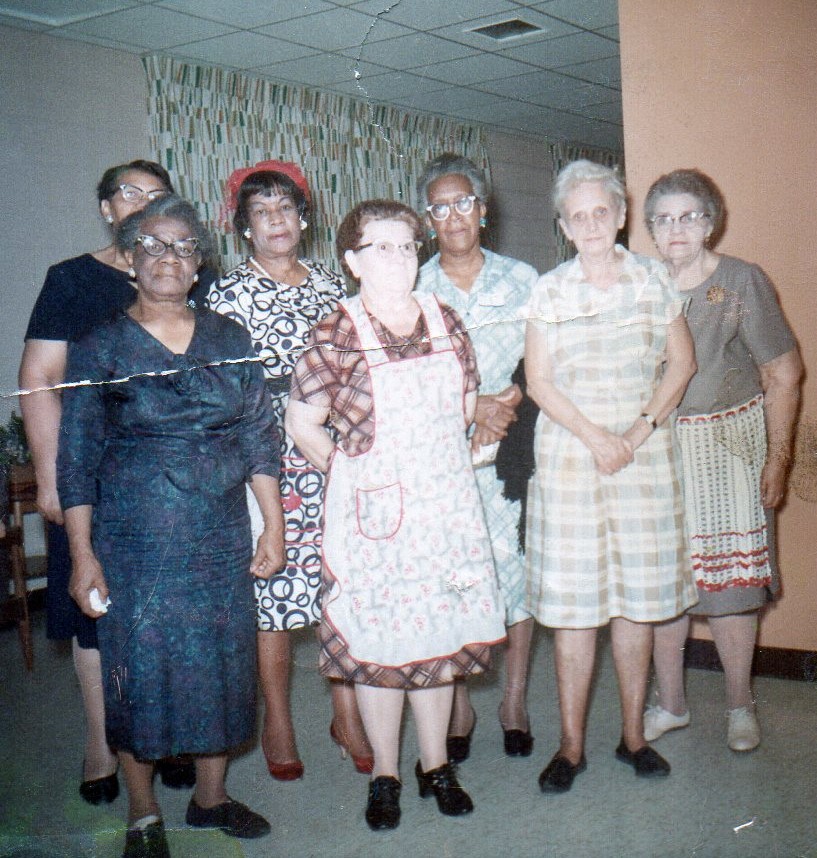 In honor of the New Year, our thoughts and gratitude are in honor of both grandmothers’ traditional dishes of “hot water” corn bread, black-eyed peas, mixed greens, ham, goose or another poultry item, and the best desserts.

In addition, our respective paternal grandmothers cooked up their best foods for us to celebrate January first as Jubilee Day. Jubilee Day or Emancipation Day celebrations for Black Americans used to be singularly celebrated on the first day of each year. However, the years since our childhood have yielded the progressive movements for Juneteenth — June 19th — to become a national holiday and as such, also share in the honors of being known as Jubilee Day.

Yet, it was Grandmother Robinson’s chosen profession as a cook in some of Omaha Nebraska’s nicer hotels and in the white households that brings forth an added reference during this time of year. She rarely spoke of her work outside of her home or what we could witness each week at our home church, Clair United Methodist Church. There, Grandmother Robinson “owned” the massive kitchen that was equipped with multiple ovens with large enough spaces to cook meals for the entire church families and members of our near northside Omaha community.

Grandma Robinson had great command of everything from recipes to the table setting etiquette. Often, she would bring in the perfectly ironed and folded table cloths for coverings on the main table for our pastor, his family and special guests, as well as the families whose children would often leave red stains from spilled sweet punch that often was laden with thin pineapple chunks and ice cream.

From Grandma Robinson, I learned the term “soul food” that was derived from the slave households where leftovers — food often discarded — made it to the tables where pig feet, ears, cow brains, hogshead cheese, chitterlings and other scraps were the main dishes. Grandma Robinson never spoke of slavery or Africa while cooking her delicious and abundant dishes. However, her references to foods such as sweet potatoes, corn meal and other grains that were beaten into powdered substances and mashed into its finery, were clear references to the cooking styles of African families and Black slave heritages.

To the lady who taught us how to fold napkins and where to place them on the table, how to use a ladle to dip the right amount of punch into the crystal etched cups, how to serve others at the kitchen window or at the covered folding tables, thank you. To the lady who taught us how to anticipate when the hot rolls were done in ovens where the temperature and alarm gauges did not always work, how to best wash the dishes and dry them and replace them in the proper way, thank you. To the charming little lady who often wore her cooking apron, thank you for teaching me how to make coffee, tea and how to shine those beautiful silver pots.

We are sure that you have similar stories. Share them.

Our genealogy traces our family from western and central Africa and western Europe. Our ancestors entered the United States at the Virginia and Georgia Ports. First cousins Mark Owen and Ann Lineve Wead (it is protocol to use the maiden names of females in genealogy searches) are responsible for writing this blog. Although Ann has been involved in genealogy research while searching for certain ancestors since the age of 10, the cousins began deeper research of their families during the COVID-19 Pandemic Year of 2020. Devoting as much as 6 hours some evenings to the methodical training and research of genealogy, the cousins completed the year 2020 by earning genealogy certificates. Join us. @goodgenesgenealogy on wordpress and fb, twitter Sign up for our blog and enjoy the journey. View more posts

This site uses Akismet to reduce spam. Learn how your comment data is processed.